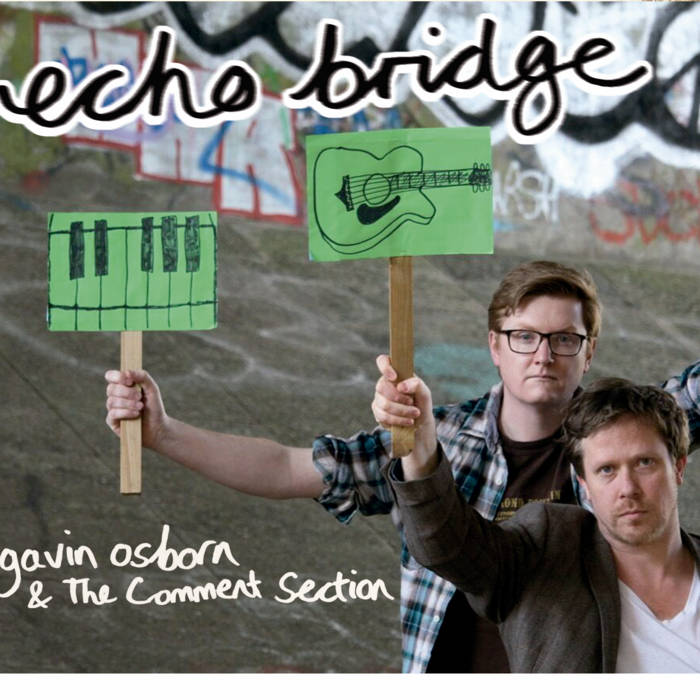 wotchthispace whilst loaning the Whimsey bus to Michael Legge was in itself a funny idea, it's good that it's back where it belongs.... Favorite track: Was It You?.

mcphilp01 because each time Gavin picks up his old six string guitar it's like pulling the sword from the stone Favorite track: Be Creative.

Shannon from High Fidelity on WOWfm

We are thrilled giddy to be able to release the fifth album (his second for My Little Owl Records) by lyrical wunderkind Gavin Osborn. This time out he's ably supported by the mighty musical muscle of The Comment Section for an anger-fuelled concept album about austerity in modern Britain.

This album is set in Keynsham, a small town between Bath and Bristol in Somerset, probably most famous as the PO Box address for Horace Batchelor's football pools and as the title of a Bonzo Dog Doo-Dah album. It's a town where the local MP is Jacob Rees-Mogg. Make of that what you will.

Written and recorded by Gavin Osborn and The Comment Section, 2017.

Bandcamp Daily  your guide to the world of Bandcamp

Featuring Plunky of Oneness of Juju and Coldcut & the Keleketla! crew.